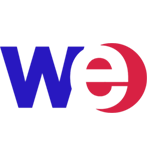 International Disability Day is celebrated every 3 December. A month earlier, several countries also celebrated accessibility days, or access provided so that persons with disabilities could carry out activities equivalent to non-disabled people.

One country that celebrates disability and accessibility days in Australia. On 26-30 November 2018, the Australian government through Disability Employment Services or DES opened a special job fair for persons with disabilities.

In this activity, DES cooperates with a job vacancy provider named ETC. “Today accessibility is an initiative of the government by providing new perspectives to job providers to see the potential that can be extracted from people with disabilities,” said Billy Unsworth, ETC Program Manager, as quoted by macleayargus.com, Tuesday, November 13, 2018.

On the day of accessibility job, applicants do not need to bring a letter of application. Because the government, through this voluntary program, frees applicants to register with companies that provide jobs according to their abilities. In this job fair, there are also internships available for persons with disabilities who have just graduated from school.

The number of labor distribution agencies in Indonesia is quite large. However, there are only a few employment agencies that choose the segment of workers with disabilities. From a handful of companies, the name Cooperation is quite popular among the disabled community.

This work distribution agency based in Yogyakarta was formed in 2014 based on the CEO’s Initiative, Rubby Emir, and several colleagues with the background of NGO work experience. “At the beginning of the formation, we held focus group discussions with several disabled communities in Malang, Surabaya, Yogyakarta, Jakarta to find out what they needed when looking for work,” Rubby said when contacted by Tempo, Tuesday, October 15, 2018.

At that time, several questions were raised in focus group discussions. The questions include, what types of disabilities do job applicants have, what tools a prospective job applicant needs if they are accepted to work in a company, as well as the accessibility requirements for job applicants to get to the workplace. “Departing from this question, Cooperation is formed,” Rubby said.

According to Rubby, there are 1,500 companies from various business sectors that are registered as Workers. “Employers in Cooperation are divided into two, namely based on the business sector and business scale,” Rubby said. The types of companies such as banking, retail, hospitality, and middle management are the most.

In terms of job seekers, Jobability has an almost equal number of clients from all types of disabilities. They are starting from a variety of sensory disabilities such as blind and deaf, as well as physical disabilities. “Cooperation also opens work channels for friends with disabilities with certain specialists. For example, many blind friends can message,” Rubby said.

Prospective applicants can upload personal data, educational background, as well as the abilities or specializations held at workability.com. Rubby said that no fees were collected when uploading job application letters. There is also no limit on the level of education of persons with disabilities as job seekers.

Before sending personal data and job application letters, prospective applicants with disabilities must have an electronic mail account and be able to use the internet. “Regarding the specific classification, we leave it to the employment providers. Later they choose, as well as make an assessment,” Rubby said.